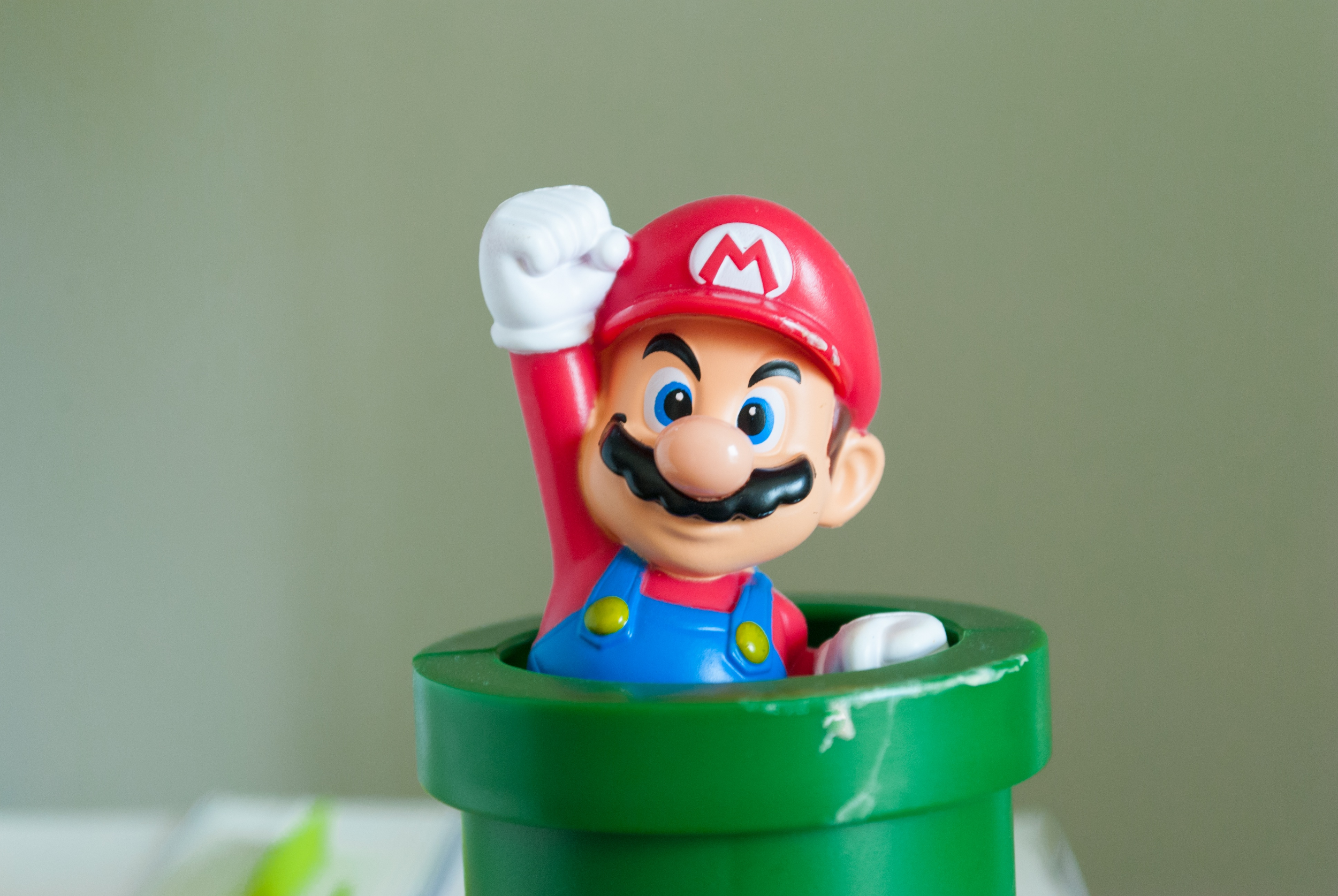 Sometime during my elementary school years, when I was about seven years old, I spent a weekend daydreaming and “planning” an idea for a theme park that I had.

Like many in the late nineties, I had a Nintendo 64 console which led to many fond memories including what would become classics such as Super Smash Bros, Mario Party, and Mario Kart. While the modern versions of those games are a blast, the originals still hold their own today and lead me to occasionally dusting off my Nintendo 64 to play a game or two. Those games in particular also appeal to my enjoyment of games based primarily on skill. You truly don’t know someone until you’ve played a game of Mario Party with them but I digress!

As a kid, my fascination with the Mario games and the encompassing world of Nintendo characters sparked what I thought was a perfect idea. I thought it would be so cool if there was a theme park modeled after Nintendo’s Mario games. Mushroom Kingdom always looked so vivid and interesting on screen that I imagined it would be a truly surreal experience to visit it in person and really feel like you’re in a Mario game.

My “work session” that weekend bore such fruit as warp pipes being used for transporting people and ice cream being served out of that iconic Koopa Troopa shell design. While in hindsight these are quite simple, it felt like the pinnacle of creativity for a younger me.

After having what seemed at the time like a “fully fleshed out” idea, I just kind of stopped and never did anything else with it. Surely a seven year old couldn’t build an actual amusement park but when I spent a weekend working on the idea, that didn’t matter.

I didn’t really remember this until the recent news of Universal Studios’ Super Nintendo World in Japan receiving an opening date of February 4th, 2021 in a Nintendo Direct video.

During the fifteen minute video, Shigeru Miyamoto, the creator of Mario, takes the viewer on a tour of some of the locations and activities of the Japan theme park. 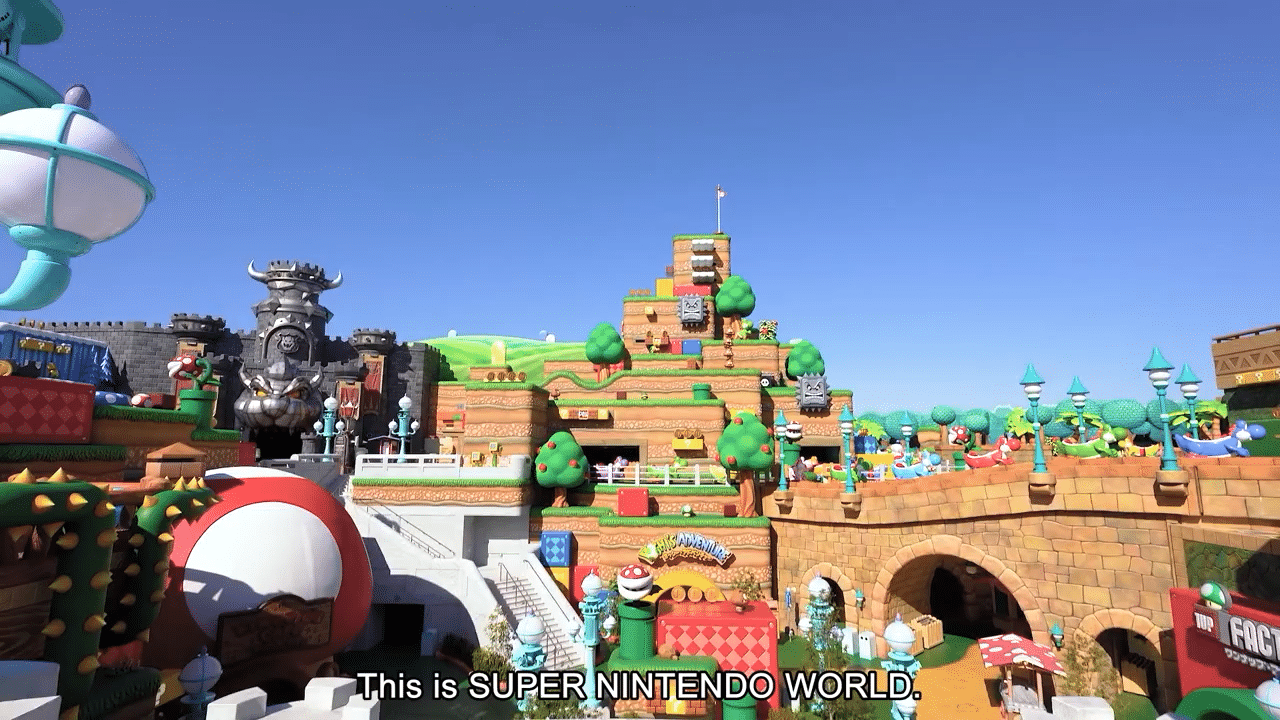 Upon seeing the real world interpretation of the Mushroom Kingdom, I already knew that my seven year old self would be impressed. I know this because my current adult self is impressed!

Watching Mario’s creator show off the lobby from Peach’s castle, Toad’s cafe, and a way to collect virtual coins by actually hitting question mark blocks was awesome to see and of course was way more than what I thought of as a child. Granted, there are a myriad of considerations that aren’t front and center in the mind of a seven year old including zoning and land use and a fundamental understanding of intellectual property law; I can’t imagine Nintendo would be too keen on seven year old me making my own Mario theme park no matter how eager I was! I remember being super impressed with my concept but I’m sure if I were to look back on it now, it would be comically simplistic and would pale in comparison to the actual park built by Universal Studios and Nintendo.

As a child that’s fine of course, but thinking back on this, it led me to see the parallels between this and how easy it can be for adults to get caught up in “the idea” or even just coming up with an idea.

The reality is however that ideas are cheap!

The real value is in the implementation!

How many times have you heard from a friend, family member, colleague, etc. that they have an idea for “the next Facebook” or “the next Google?” It is also a trope of sorts to create business ideas by merging many existing successful ideas out there. And there can be some value in that but at the end of the day, it takes more to succeed than playing a game of “Entrepreneurial Mad Libs.” As fun as it can be to think of the next billion dollar idea as “Netflix mixed with Uber and Grubhub,” the idea itself doesn’t mean anything if you aren’t actually doing market research, planning your business model, fulfilling a value proposition, and solving a problem for a customer.

Although admittedly, the thought of a Netflix/Uber/Grubhub combo sounds pretty funny. Perhaps they could allow consumers to host mini drive-in movies and concession stands in their driveways at a moment’s notice! On second thought, look for EID Visions’ Mobile Cinemas coming soon to a neighborhood near you!

As 2020 draws to a close, I think it’s even more important to reflect on not only what ideas we have for the new year but make sure we formulate the plan to get there. We can certainly have a good idea and run with it like an eager seven year old but eagerness and a quick sketch won’t get you a permit for construction in Japan or put a shovel in the ground!

At the end of the day, you need to show up and get to work!

What new ideas do you have and how will you implement them in 2021?

Channeling the Stoics for Entrepreneurial Greatness

Getting Started With Email Marketing as a Small Business

If you’re thinking about doing email marketing for your small business, it can seem like a daunting task. We have laid out easy to follow steps for getting started with email marketing; so you can spend less time worrying and more time doing.

We’re laying out four free online tools that will make digital marketing a heck of a lot easier for you. With these tools, you’ll be able to easily handle marketing tasks, allowing you to focus on and grow other parts of your small business.

While walking through the streets of Bogotá, Colombia, I encountered a street food vendor whose desserts seemed to command a higher value than that of her competitors. That extra dollar was on a lesson well spent.