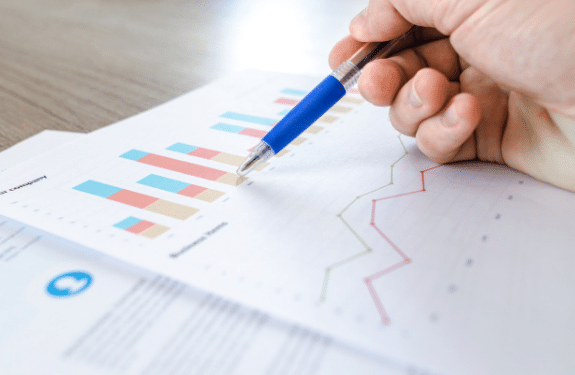 Like many people do at the end of a year, I resolved to lose weight the following year. At the end of 2016, I decided that to do this, I would resolve to get 10,000 steps every day in 2017 as measured by my Fitbit.

I did this by being stubbornly dedicated to the pursuit of this goal. I walked as much as I could in the little down time I had. Even if I felt under the weather, I would pace around my apartment, not resting until I had hit my 10,000 steps for the day. If I wanted to take a “break” and watch a show, I would still walk in place while watching TV. If I had time to sit, I had time to walk.

While 80% of New Year’s resolutions fail by the end of February, I was excited to finish 2017 with 4,378,688 steps taken. This equated to 1,986.18 miles walked, or about 30 miles shy of the distance between Los Angeles and Chicago for a daily average of 11,996 steps. I also was interested to see that I had climbed 6397 floors, or over sixty two Empire State Buildings.

In the year 2018, I decided to keep it going with my daily 10,000 steps and I finished the year with 3,637,925 steps taken, or 1,526.84 miles walked. My daily average was just shy of 10,000 which I chalk up to some technical difficulties that resulted in me being unable to track for a few days. On days where I could not track accurately, I made sure to walk enough until I was confident that I overshot 10,000 steps.

This is the part of the story where I share that at the beginning of 2019, I was in great shape, I met my weight loss goal, and everything paid off. At least, that would be what I would share if that had happened.

The reality was that I was no closer than I previously was to my weight loss goal. Other metrics that my Fitbit tracked, such as sleep, were not improved at all. My sleep hygiene was still poor. Despite burning 1,196,996 calories in 2017 and 1,208,480 calories in 2018, I was no closer to achieving what I had set out to do two years prior. However, I thought it was cool to have two plus years of data relating to steps taken, miles walked, floors climbed, and calories burned.

Growing up, I have always been a fan of data and metrics. I am someone who Malcolm Gladwell would refer to as a “Maven.” Additionally, one of my top five strengths according to the Gallup CliftonStrengths Assessment is Input. I absolutely love collecting, information being one of those things.

However, while it can be interesting to look at all of that, if you aren’t doing anything with it, what is the point? Merriam-Webster defines data as “factual information (such as measurements or statistics) used as a basis for reasoning, discussion, or calculation” (emphasis mine). And there was my problem. I had all this great data but I wasn’t doing anything with it and furthermore, I had an incomplete picture. It wouldn’t matter if I ran a marathon every day if I went home and ate ten large pizzas that night (Rest assured, I have never eaten ten pizzas in a sitting!).

Applying This to Your Business

So, what can we learn from this and how can we apply it to a small business, or even any endeavor we take on in our lives?

What we need to realize is that we should not bog ourselves down with tracking the “noise.” There is a term in science and engineering called the signal-to-noise ratio. The signal-to-noise ratio is a measure of how much a signal has been corrupted by noise. In this case, the signal is what would be desired. The noise would be unwanted. This doesn’t have to be a literal signal and can be applied to a variety of circumstances. One example could be measuring the signal to noise ratio of posts on a discussion forum. Posts that are on topic and relevant to the forum would be the “signal” and spam posts would be referred to as the “noise.”

Likewise, we must strive to focus on what our signal is. Don’t worry about tracking noise. Track what you will act upon. To continue to use my Fitbit anecdote, tracking my steps was more noise when I was focusing on it exclusively without paying attention to other variables like calories consumed.

You will often hear that it is important to be “data driven.” However, we must not let our pursuit of being data driven allow us to amass so much information that data becomes stuck in the “passenger seat”. Collecting too much data can also be dangerous because it can delude us into thinking we are taking action when we are merely in motion. James Clear has a great article on the difference between motion and action.

When doing your marketing, you can’t have too many variables or you won’t know what affected what. In our blog on getting started with email marketing, the last step was “Analyze Results, Tweak, Repeat.” That applies to so much more than just email marketing. Whenever you are analyzing to see if something was effective, you should be tweaking it to constantly be improving with every iteration of your marketing efforts. All data that you collect must be in service to answering a question. Some examples of questions that you can use data to help answer are below:

If you work on collecting data that answers a specific question and make sure that you aren’t skewing your data to point to the answer you want, you will ensure that you have a nice well rounded picture (e.g., looking at steps taken and calories consumed)

To close, collecting data is not only important, but necessary to become better at your marketing efforts. After all, you can’t improve what you don’t measure. However, you need to be careful to not be bogged down with so much data that you find yourself not taking action. If that happens, your data collection will be counter productive and will actually hurt your improvement efforts. By being methodical and having a clear plan for what data you need and what you will do with it, you will be able to take your efforts and your business to new heights.

Not sure how collecting and looking at data can help your business specifically? It can be overwhelming but EID Visions wants to help you understand. Contact us today!

Too much or too little data can be overwhelming. Let us help figure it out with you!

The Business-Changing Magic of Tidying Up

You’ve heard of Marie Kondo’s KonMari method for decluttering your home. Did you know that you can apply the same methodology to your small business to maximize value? Instead of focusing on literal objects, you can optimize your business practices and what it has to offer.