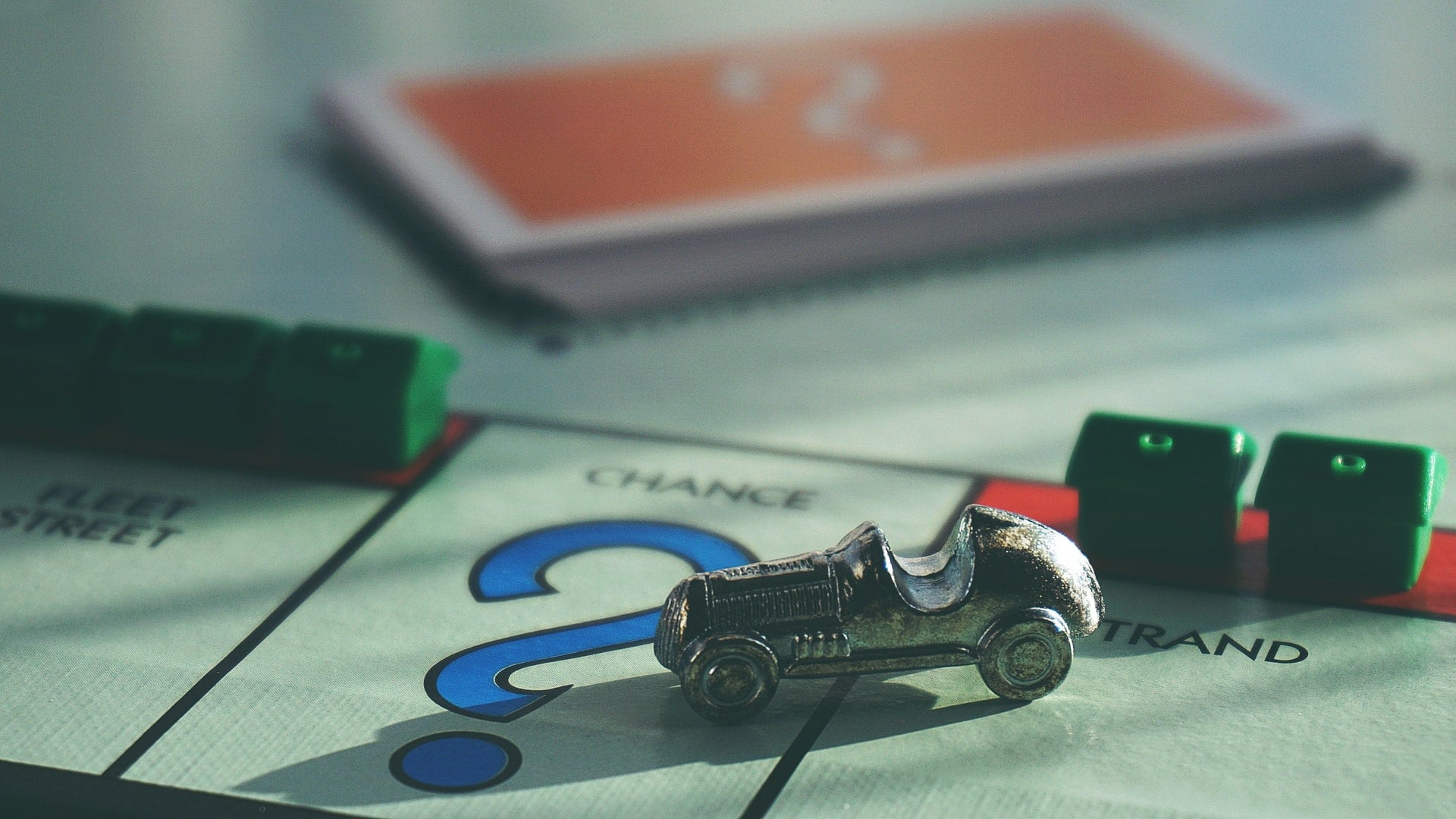 That isn’t necessarily a unique personality trait of mine; I don’t think anyone wakes up in the morning and goes, “Oh boy! I hope I lose today!” However, in my case, I am hyper-competitive. In fact, of the 34 CliftonStrengths themes, Competition is my strongest theme. The Gallup CliftonStrengths website explains it best as, “although [I am] gracious to [my] fellow competitors and even stoic in defeat, [I] don’t compete for the fun of competing. [I] compete to win.”

I share this because as loath as I am to admit it, even more so in writing, I recently lost to Priscilla in a game of Monopoly. While Monopoly involves a large amount of luck, I definitely appreciate a game when everybody starts on equal footing, meaning that no one teams up against the spirit of the game to the detriment of another. There isn’t anything particularly challenging about winning a game of Monopoly when you aren’t being charged rent, given free properties/money, etc. But, I digress!

In this particular game, two of our friends had already gone bankrupt which left Priscilla and me to duke it out for victory. At this point in the game, Priscilla and I had already been playing for three and a half hours. In this time, Priscilla had accumulated a few monopolies in addition to the utilities and some railroads. I also had some monopolies and in my eyes, the best one, Boardwalk and Park Place. For those not familiar with the game, Boardwalk and Park Place are the two spaces that make up the most expensive property set in Monopoly. Where the properties and cost to build houses and hotels on them is greater, so too, are the potential rewards.

With my recent acquisition of Boardwalk fresh on my mind and an eagerness to continue, I excitedly looked forward to playing the game until its conclusion, where of course, I aimed to be victorious. However, at this point it was approximately 1am and the group had grown tired. Priscilla offered the chance to concede defeat which I of course would not do.

We took pictures of the game to document the state of the board and our assets to put it away with the intention of resuming the following day. I slept that night with visions of Monopoly money raining down upon me as I slumbered (I wasn’t joking when I said I was hyper-competitive).

The following day, as if by divine intervention, I was making lunch while listening to music when The Gambler by Kenny Rogers came on, the chorus of which says:

As I chopped brussels sprouts while singing along, the irony of the moment dawned on me. I reflected more and more on the previous night’s game and how all of the odds were stacked against me. While it can sometimes be to one’s benefit to persevere against all odds (See: Han Solo), the more I thought about it, my insistence on finishing the game was increasingly looking more foolish.

While Priscilla and I had a similar amount of properties, her properties were built up more. A little known rule in Monopoly is that while the bank can never run out of money, there are a fixed amount of houses and hotels. This actually results in a case where it can be strategic to not build hotels and instead leave four houses on each property. This leaves your opponent unable to build because there are simply not enough houses and hotels to go around.

I could have played for another forty five minutes to an hour and hemorrhage money slowly, taking the time to mortgage more and more of my properties to pay off debt but the outcome was practically guaranteed.

Referring back to Kenny Rogers, I had to learn how to “fold ‘em” and “walk away.”

I had to come to the realization that taking fifteen minutes to setup the board again and another hour to play the game would not be the most fruitful use of my time.

It wasn’t about quitting because I was losing, but acknowledging, that stubbornly forcing Priscilla to finish a game for an arbitrary sense of completion was to no one’s benefit.

Instead, we were able to take that time and do something more enjoyable and beneficial, like going for a walk.

This is a subtle difference from my article on KonMari for your business because it doesn’t necessarily mean delegating things if possible but rather knowing what is fine to stop pursuing.

One notable example is the podcasting platform, Odeo. Odeo was a company with over ten full time employees and a focus on creating and discovering podcasts. It had some unique technologies at the time such as being able to record a podcast with a landline. This was innovative at the time because it would allow for the democratization of podcasting. As podcasts become increasingly popular, it’s not difficult to see that had Odeo, which was founded in 2005, stuck around, it could have been a major contender in the podcasting sphere.

Unfortunately for Odeo, that same year, Apple announced support for podcasts as part of it’s iTunes platform. Apple was now well positioned to take over the very little Odeo had. And indeed, the odds are that you haven’t heard of Odeo. It was later sold off to another company and some cursory research shows that the platform appears to have gone through various iterations.

However, out of Odeo, some employees decided that rather than compete with Apple on podcasts, they would pivot to another idea. The idea that was settled on was a micro blogging platform for status updates. You most likely know of this company by the name of Twitter. It has a current value of $30 Billion and surprisingly it was actually the backup plan, born out of the ashes of a podcasting platform.

To quote, Aubrey de Grey, “We should not cling to a mistake because we spent a lot of time making it.”

What ineffective projects or initiatives are you working on in your small business whose resources could be allocated better?

If you need help figuring out a road map, EID Visions can help you with that. Contact us or schedule a free consultation to get going in the right direction!

We can get you going in the right direction!

Marketing is something that small businesses and startups often put by the wayside. For most people, the task may feel overwhelming or difficult. But marketing doesn’t have to be this scary thing, especially if you take the time to understand what marketing really is.
read more

Don’t Predict the Future, Be Open to It!

We say we’re not afraid of change but our actions can be at odds with our words. The status quo is comfortable but don’t let complacency be your downfall. What happens when the status quo looks like it’s going to be disrupted? Do you adapt and go with the flow, or do you resist because the uncertainty inspires fear?